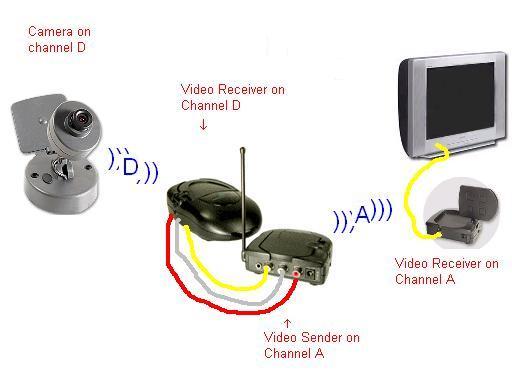 If you have multiple cameras, just point each camera at the nearest video receiver. Set each camera to the same transmission channel as the receiver that the camera is pointed at. Please look at this example. Cameras E1 and E2 are far away from the main video receiver, so they are set on channel D and pointed at the repeater. Cameras E3 and E4 are closer to the main receiver; they are set to channel A. 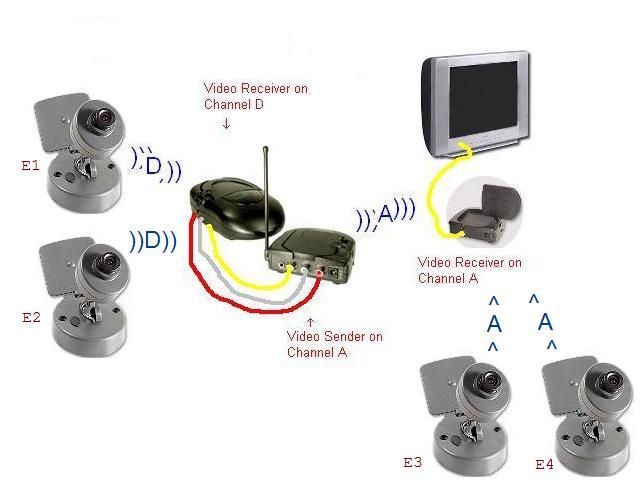